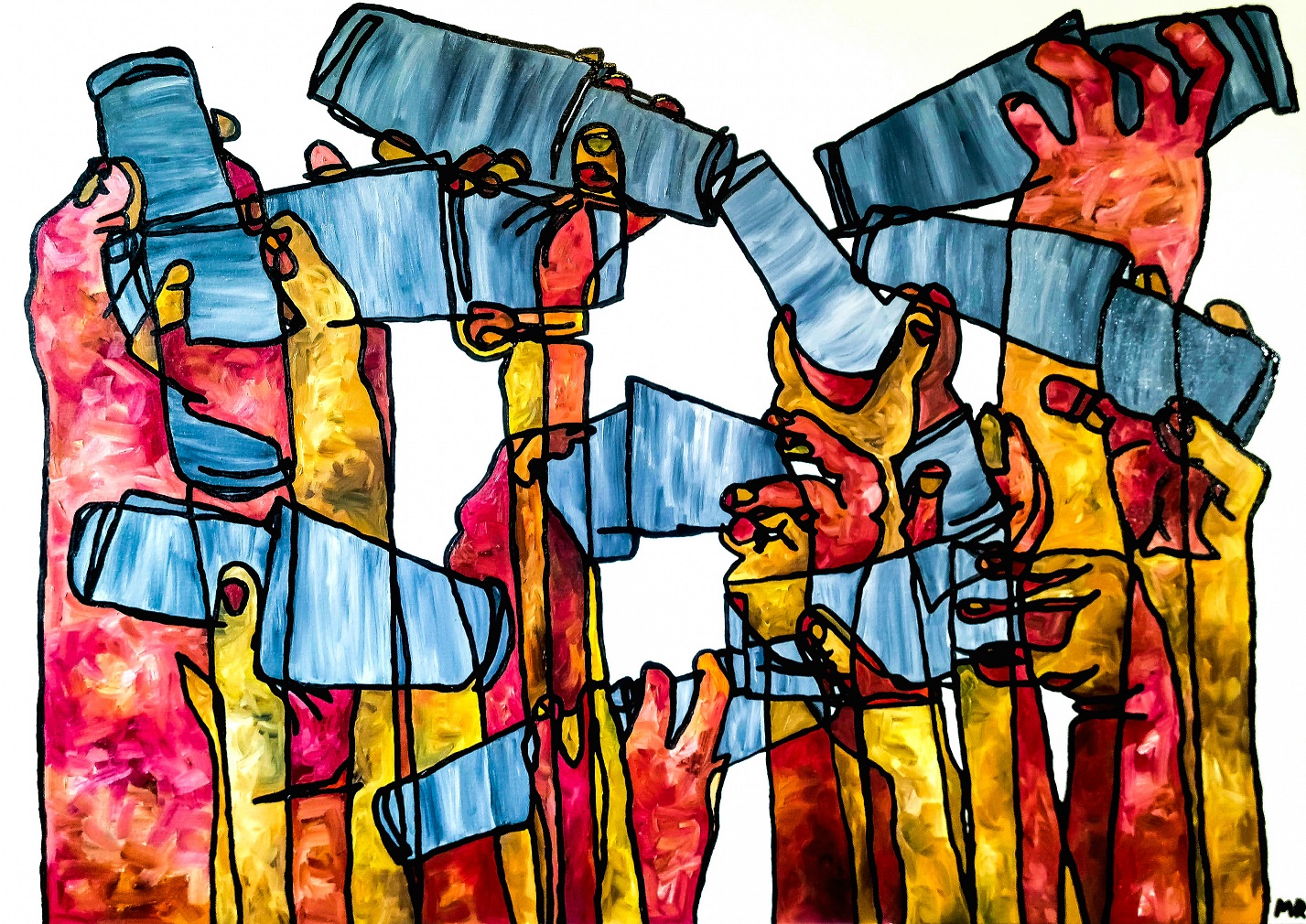 Matthew Rentz is an Asheville-based painter who specializes in modern, large-scale oil paintings. He adopts the “blind contour” technique to bring about a dynamic marriage of line and color, pushing the boundaries of abstract paintings. He draws inspiration from artists such as Jackson Pollock, Marc Chagall, Egon Schiele, and Oswaldo Guayasamin.

Born and raised in central Florida, Matthew Rentz started his artistic career as a young teenager in Tampa with RestArt Riverwalk and other local art festivals in 2009. In the beginning, he painted mostly on cardboard because it was free “canvas” and he preferred how the surface interacted with oils. His style incorporates the use of markers on paper instead of pencil to encourage an acceptance of stray lines and imperfect figures.

Matthew then participated in silent art auctions and completed a mural for charity in Belize in 2011. He also helped open a local art gallery in his hometown of Plant City around that time. He continued honing his style in oil painting to blend his self-taught skills with abstract figures, current events, and personal interests. He moved to New York City in 2015 and was part of several shows along the East Coast, ranging from Florida to New York. Some of his selected work has appeared in exhibitions with Touchstone Gallery in Washington DC, Greenpoint Gallery in New York City, and a few shows throughout Brooklyn and Queens during his time in New York. 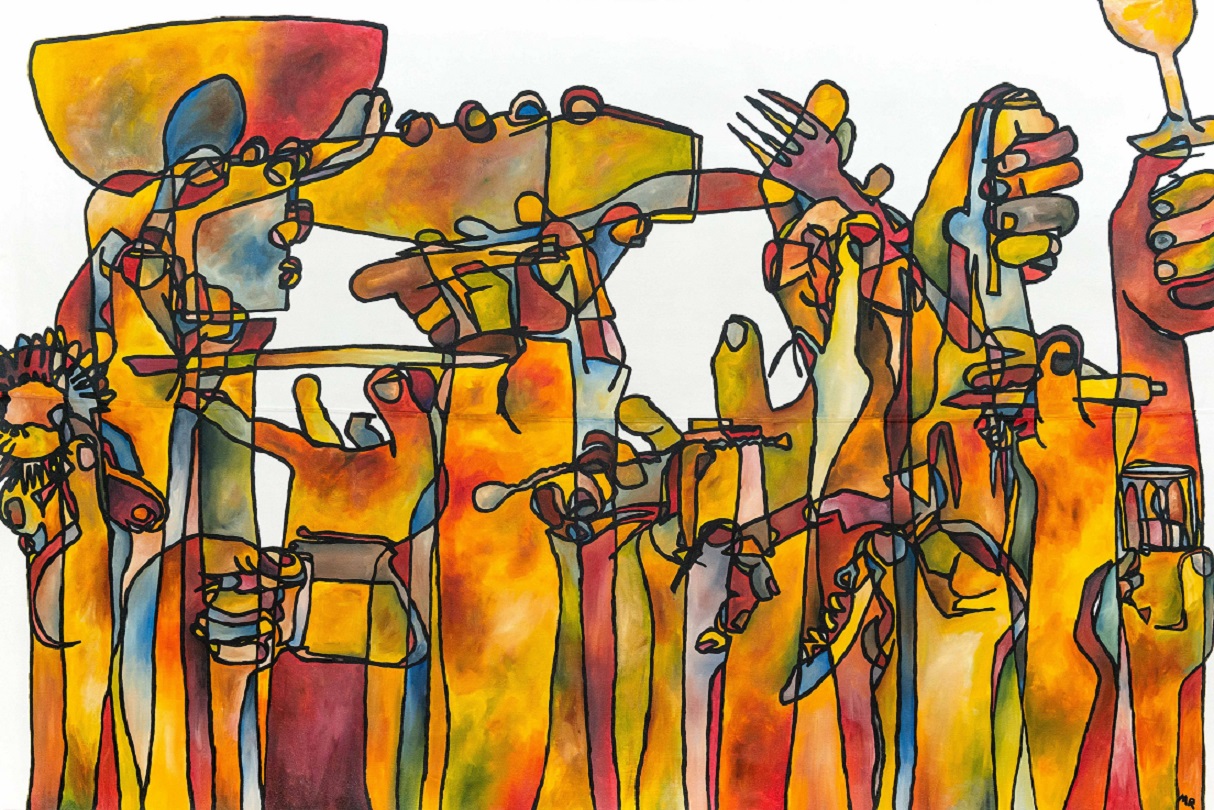 Matthew relocated to his wife's home state of North Carolina to Asheville amidst the start of the pandemic in 2020. The quiet of quarantine helped him reflect on the transparent evolution of his work. His earlier pieces consisted of experimentation of portraits on cardboard whereas his current work holds more personal themes and addresses current events and issues. His most notable collection is "The Industry Series," which he dedicated to those who work or have worked in the hospitality industry like himself, especially during the pandemic.

To see more of his work head to his IG @matthewrentz