All That Jazz: An Interview with Pianist Andrew Fletcher

All That Jazz: An Interview with Pianist Andrew Fletcher 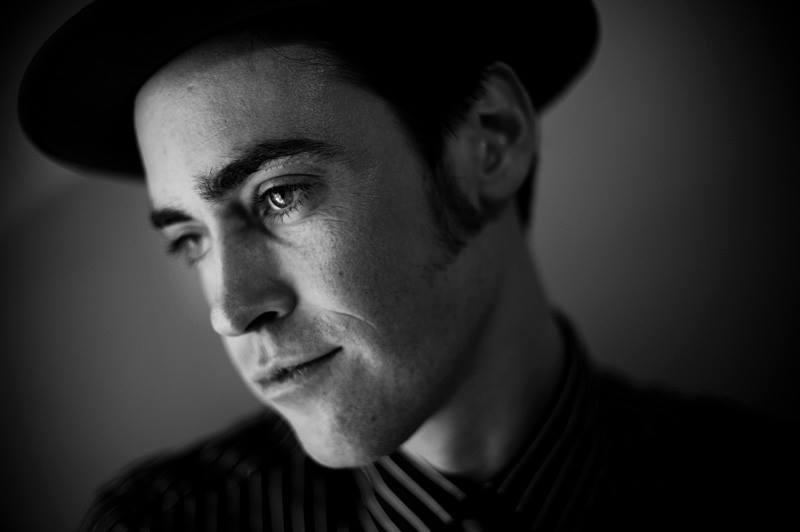 There's a jazz renaissance happening in Western North Carolina, and local pianist Andrew Fletcher is at the head of it. You might have seen him busking on the street downtown, performing at the Grove Park or Lex 18, riffing on New Year's Eve at the S&W Building, playing with the Firecracker Jazz Band (which he's been a member of since 2010) or--if you are especially lucky--improvising a live piano score to a silent film at the BLOCK off Biltmore. This was where I had the very great fortune of running into him.

If you've never experienced a silent film with a live score, don't fret--Fletcher has been doing this for a while and he's not going to quit anytime soon. The February film was Charlie Chaplin's The Kid, an utterly riveting, charming film about the love that develops between a bumbling tramp and the child he finds abandonded on the street. Chaplin's short film, "A Night in the Show," preceded the feature and gave Fletcher the opportunity to warm up. The latter was pure bubble-gum fun, with enough slapstick and physical comedy to keep everyone laughing. Fletcher's jovial piano music went perfectly with the short film, and I was excited to see what he would do with the longer, more complex film. 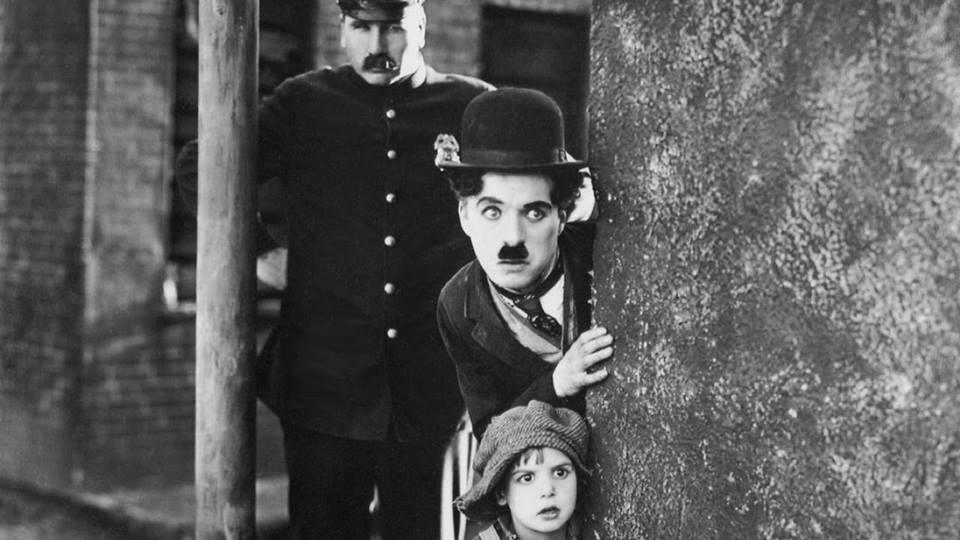 Still from Charlie Chaplin's The Kid.

I was not disappointed. The Kid is firmly in the realm of comedy, and there is still plenty of slapstick, but our involvement in the plot hinges on the relationships between characters. Fletcher matched the narrative shifts with his music, which integrated jovial melodies and subtler movements and wove a score that came together perfectly.

I caught up with Fletcher after the show to talk about his career, his love of silent film, and what he's up to next.

Asheville Grit (AG): Tell me a little bit about your musical background? How did you get into jazz?

Andrew Fletcher (AF): I started out with classical piano lessons when I was 10. I didn’t go to music school, and I find a lot of musicians playing traditional jazz aren’t necessarily music school musicians, because they don’t teach traditional jazz as frequently in the college setting. Jazz is cycling back to the traditional forms. When I was about 20, I met a really talented piano player, Reese Gray, and we became friends. From then on my education was like an apprenticeship. He was a very busy working musician in Asheville, and then he moved to Austin and all of his bands hired me to replace him.

He got me into jazz. I started listening to him play that kind of music on the piano and he had a Victrola and a great 78 collection, so we would listen to the original mediums on the original media.

AF: There are certainly a lot of musicians in Asheville. After Firecracker Jazz Band had been around for 6 or 7 years there was enough room for Michael Gamble to start his own band, the Low-Down Sires. The fact that we have one six-piece Dixieland band in this town is great—two that are pretty busy is even better. There’s a good fan base for jazz and we get booked for a lot of events that put us at the forefront of public and community activities, from busking to fundraisers and foundation gigs. 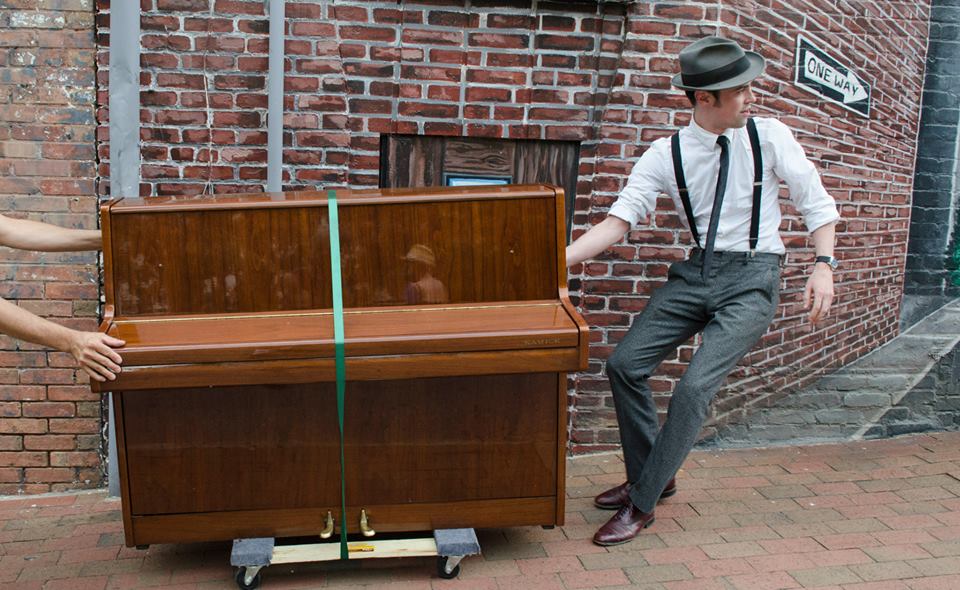 AG: What first drew you to silent film? How did your interest evolve into actually scoring and playing along with these films?

AF: I’ve always loved films and filmmaking and the way stories are told. I started watching silent movies on Sunday nights on Turner Classic Movies, and I got to see all these old films. It started to be something I would make sure I was home for. I’d take advantage of other opportunities to go see silent films and I just really enjoyed it.

I remember riffing one day with my roommate, Jonathan Ammons. Both of us had an interest in film and silent film. I have the piano style that matches that period, and we ended up putting a screening and scoring event together. He was a bartender and had the idea to screen the film at the bar[the former BoBo Gallery] and give a little lecture. I think the first one I did was Steamboat Bill, Jr., the one with the famous Buster Keaton scene where the house falls over him. After that I kept doing it. Now I give the little lecture at the beginning of the show.

AG: How do you decide which films to score?

AF: I choose comedies. I think my style and my instrument fit with that genre the best. Other films would require a wider range of tonalities. You might need an organ for horror. I don’t have access to a venue with a good organ and I’m not an organist so I keep things where I can do them well. I choose films based on my strengths and on the venue. The films also have to be in the public domain.

AG: What has been (or what do you imagine to be) the most challenging film to play along with?

AF: Modern Times would be a delightful challenge. There are a lot of industrial, cityscape scenes, and thematically it’s so much about society. It would be hard to bring the gravitas to what he’s talking about. When the entire film is about the relationship between characters or just about getting laughs with brilliant stunts, that’s straightforward to play with, but when there’s a lot of other social commentary and bigger themes it becomes a challenge to do it justice. 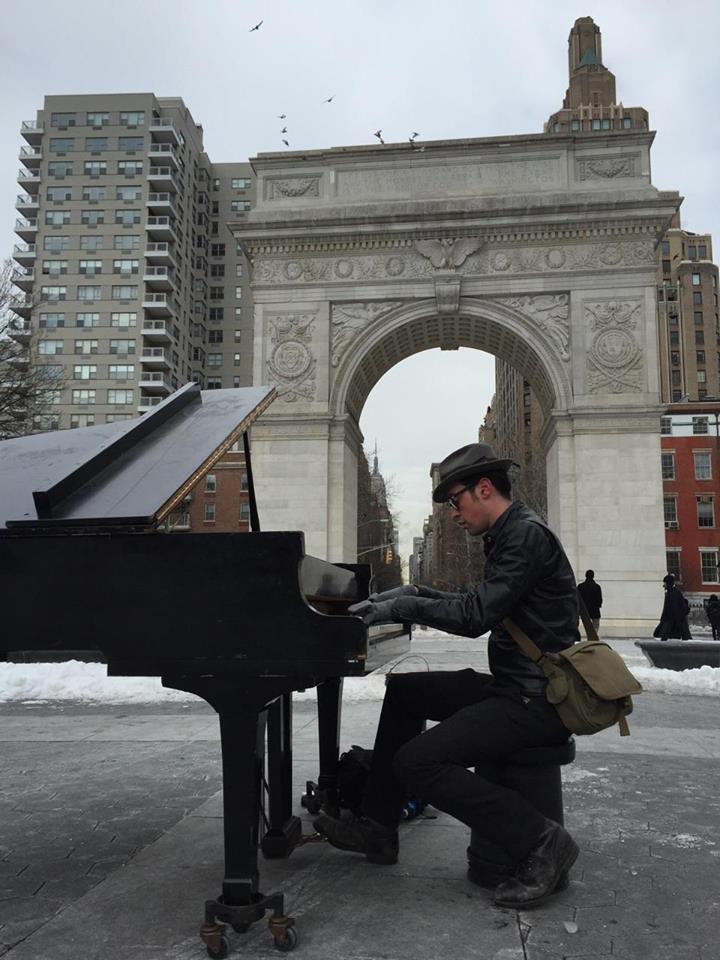 AG: How do you go about creating the score for a film?

AF: I might have a few melodies that I have prepared beforehand and I treat them as leitmotifs. There could be a couple of melodies assigned to different characters or types of action and I combine and manipulate them to suit what’s on the screen. You can play the same melody slow, fast, major, minor, in a different key, or as a waltz or a march. Out of just one melody comes a broad palette, and if you have a few of those melodies for each character you can do an entire film with just a few ingredients. It serves as a reference point for the viewer. People want to hear Princess Leia’s theme when she’s on the screen. The goal is to have an effective synthesis between the music and the film, but most of it is reactionary and improvised on my part. I do very little planning.

AG: What would going to see this film have been like when it was actually released?

AF: With The Kid, the relationship between the characters is so good and story is told so well. In that era a lot of these films were made extremely quickly, and Chaplin didn’t do this. For this film he had the highest ratio of what was left on the cutting floor. He shot 10 times more footage than he used, which tells you about the amount of attention he put into these films when fast turnaround on was expected. He didn’t really make that many films; he took his time and controlled the entire process.

It’s intimidating playing Chaplin because he actually wrote music for the movies. He could define his intentions for the music, but there was no way to match up sound and moving pictures at the time. So how did listeners hear it, if they did?

My passion isn’t to duplicate everything exactly. I’m more interested in letting my experience as a musician come through, my sense of the emotion on the screen and the action come through. I’m not a purist. I'm just doing it to my strengths, which is what everyone was actually doing.

AG: You said at the screening that the greatest compliment you ever got was when someone told you they forgot you were there. Can you say a little more about what you mean?

AF: My goal with playing these films is to bring them, paired with my music, to the people, but I want to synthesize the two so closely using my abilities and sensibilities that the film becomes more alive than my performance does. That's why I sit in the back and out of sight. 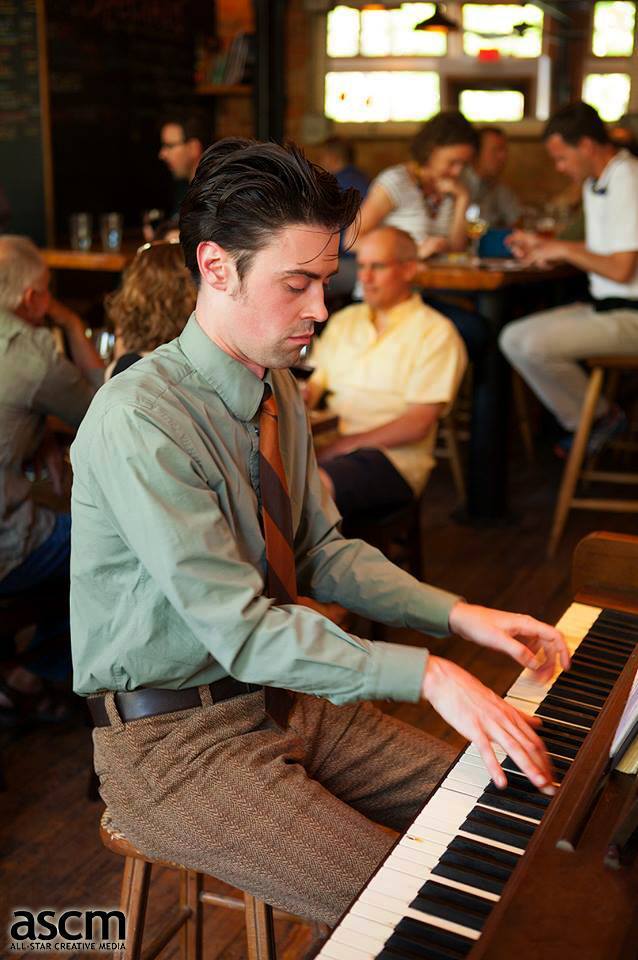 AG: What's next on your agenda? Is there another screening planned?

AF: The next film will be May 22nd at the BLOCK. I haven’t chosen the film but I’m open to ideas if people have a favorite silent era comedy!

This coming Sunday, 3/6, I'm performing at the History of Jazz series at Isis. The Firecracker Jazz Band is playing a double bill with the Low-Down Sires. Our two bands are the two most-well known and longstanding traditional jazz bands in the Western Carolinas. Tickets are $15.

I play solo every Wednesday this month at Lex 18, and every Tuesday at the Crow and Quill. On March 13, I'll be playing in a five-piece band with some members of the Firecracker Jazz Band for a jazz brunch buffet at the Imperial Life.*

I’m ridiculously busy for this slow time of year right now. That’s a great sign that the music scene here now is doing really well even in the slow months. It definitely feels like it's really growing right now. I'm playing 17 gigs in March. It's great, and it means there's just more music happening throughout town.