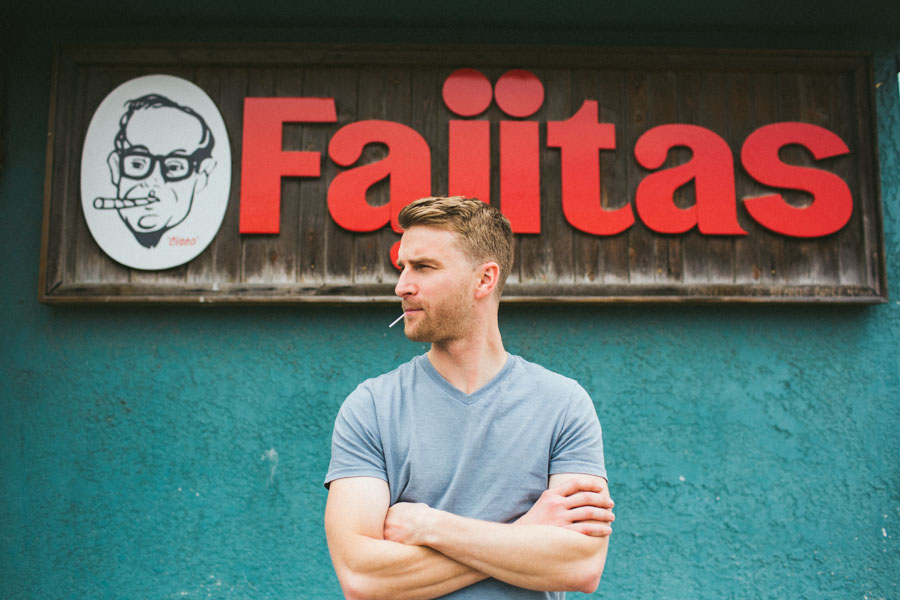 A couple of weeks ago, a delightfully strange trailer for a movie called The Aquarium appeared in my Facebook newsfeed. After following the link to the film’s Kickstarter page and from there, its website, I became even more intrigued with the project, and decided to go to the source. The film’s creator, Jethro Waters, was kind enough to answer a few of my questions. An Austin-born UNCA graduate who spent much of his childhood in rural North Carolina, Waters currently works as a multimedia designer for local college courseware designer Soomo Learning. He became serious about film specifically as a medium while making a short documentary dealing with Portuguese national identity as an undergraduate, but visual storytelling has always been a passion: “I’ve been filming things, writing stories, illustrating, and doing stop-motion animations for as long as I can remember,” he says.

Louisa Amsterdam: On The Aquarium's Kickstarter page, you say that the film is essentially a patchwork of wild stories you've written over the years. What gave you the idea of taking the leap to translate those stories into a movie? Any reason why you've taken this project on at this particular time?

Jethro Waters: Though it will be a pretty wild intersection of stories, I don’t want to come across as though I just grabbed a few stories out of my desk drawer and started splicing them together.  There are two major narrative arcs moving throughout the movie, and each of the other stories mentioned is heavily reliant upon the two main plots; it just seemed natural to try my best to fit as much of each of the peripheral stories in the film as possible.  I’ve been dreaming of making this kind of film my entire life and only recently have I felt confident enough in my abilities as a filmmaker to bring this thing to life the way I’ve always imagined it.  I’m also surrounded with so many talented and willing people, many who have never acted before, but perform brilliantly on camera.  I’m truly stunned with how many talented people I can call friends in Asheville.

I’m making the kind of film that I’ve always wanted to see.

Louisa: I'm curious about the plot of the film, if you'd like to give a brief synopsis. Will there be a big, overarching storyline, or separate, smaller stories?

Jethro: The reaction I’ve gotten from most everyone about seeing the trailer is, “Well I have NO idea what is going on, but I really want to see more.”  I would consider that a success, as that’s exactly the reaction we were aiming for when making the trailer.  When I hear about a movie, I really don’t want to know too many specifics before going to see that movie.  I truly feel that I have a more authentic experience with films that way.

There are two main storylines, connected through the two lead characters.  One follows the male lead, played by Luke Norton, as he obsesses with his scifi writer hero, played by Eric Slick.  The other follows the female lead, played by Alyson Gary, as she battles with the recent loss of a loved one and searches for the netherworld in the process of grieving.  The other stories mentioned on the Kickstarter are peripheral stories that coincide with one of the lead characters. 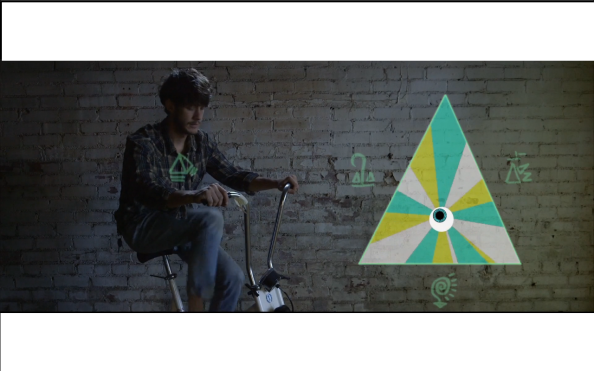 (Still from The Aquarium trailer.)

Louisa: How integral will Asheville be to the look/feel/plot of The Aquarium? It looks like you have a lot of rad local people involved, and there were a few very recognizable spots in the trailer. Are you planning to shoot the full-length film mostly here?

Jethro: Asheville will be the primary location for the film.  I think a lot of the locations will be very recognizable for locals.  There are some scenes we will shoot in Fairview, and in Black Mountain as well.  The Mothlight and Harvest Records will definitely be notable locations in the film.  We are planning to shoot some in Austin, and at a place called Enchanted Rock, which is about 45 minutes outside of Austin.

Louisa: Are you drawing inspiration from any particular movies/filmmakers (or artists of any type of medium, for that matter)?

Jethro: There are so many filmmakers and writers that I admire and draw inspiration from; I feel as though my list would look very similar to so many others.  I can say specifically that writers like Billy Collins, José Saramago, Fernando Pessoa, Norton Juster, and Jane Addams have been hugely influential on how I look at the world.  That’s a pretty ridiculous mix of writers to mention back to back, but if we are talking about people who have influenced how I choose to interpret the world and how I write, it’s a pretty good list.

Louisa: What are your hopes and dreams for the movie? Is there a particular audience you'd like to reach, or reaction you'd like to provoke?

Jethro: My hope for this film is that it allows a lot of people to engage something pretty foreign, and have a lot of fun while doing it.  I want to provide a movie experience that allows anyone who knows what it means to grieve, or how hard it is at times to find purpose in this life, to sincerely relate.

Louisa: I believe you said that you're going to move forward with production whether or not the Kickstarter hits its funding goal, but is there anything that the money would allow you to do that you wouldn't be able to do otherwise?

If you would like to help this film get made, please consider donating to and sharing The Aquarium’s Kickstarter page, and follow the film’s progress on its website’s blog. I, for one, cannot wait to see the finished product.

(Still from The Aquarium trailer.)