5 Things You May Not Know About the Recent Llama Drama

5 Things You May Not Know About the Recent Llama Drama 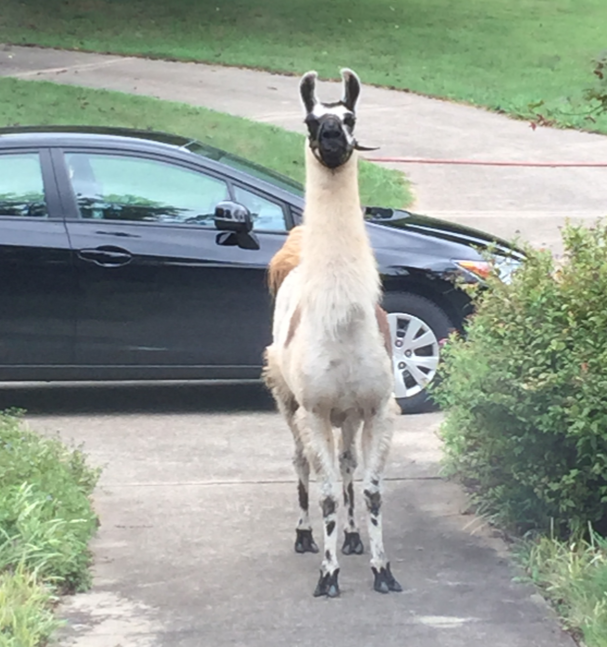 Phantom, staring into your soul

Flight of the Phantom

In case you missed it, a llama named Phantom got loose last week in Arden, leading to a madcap three-hour chase that ultimately got the frisky, elusive pet back home safe. Phantom’s flight became an impromptu media phenomenon after Jon Elliston, an editor at WNC magazine and Carolina Public Press, woke up to find the llama at his front door Saturday morning.

Elliston documented his experience chasing the llama on social media, and the Citizen-Times’ Jon Boyle joined in the escapade and did a story and video that was shared by USA Today.

The story’s still got legs (and we’re not talking about Phantom’s running stamina).

Here are five things you might not know about the local llama’s 15 minutes of fame.

As of Thursday, Elliston’s initial tweet, with a picture of the stray Phantom, had been seen by more than 57,000 people. For reasons unknown, it circulated heavily in Canada, Brazil and England. And views of the video are pushing 33,000.

2. Social media was key to getting Phantom home

The tweets may have been popular, but it was a Facebook post seeking the llama’s owners that quickly found a neighbor who knew them, in a development that would ultimately lead to Phantom’s retrieval.

The Buncombe County animal control officers who helped in the chase had plenty of tools at their disposal to entice, snare or kill animals, but no tranquilizer guns.

4. Elliston is a veteran animal chaser

Elliston grew up on a nearby property that used to be a cattle farm, so he spent many a childhood day chasing cattle with family and neighbors.

5. Phantom wasn’t the first llama to command attention this year

The Internet moves fast, but lest we forget, two errant Arizona llamas captivated the nation in February.