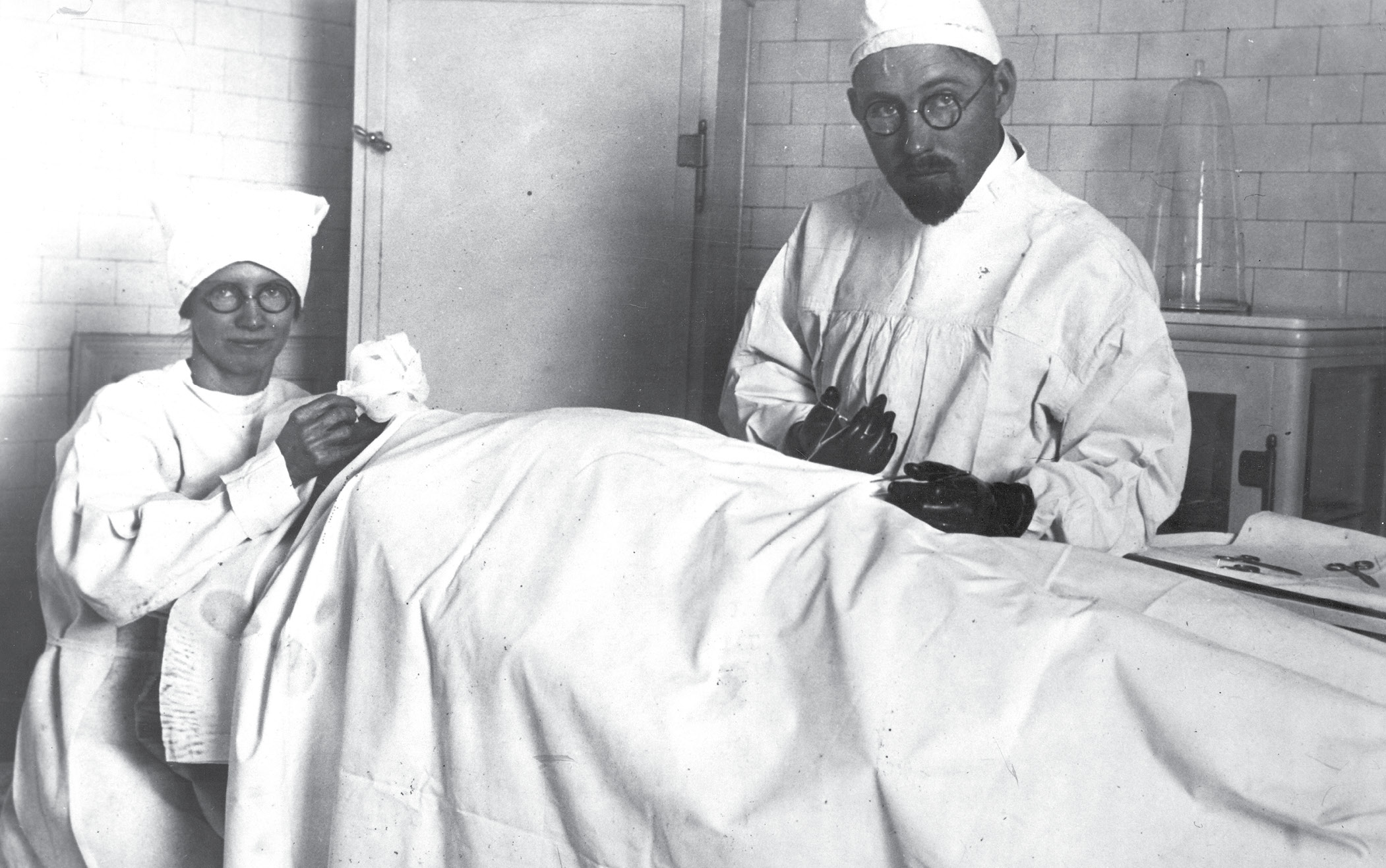 Jackson County native John Brinkley became America’s top sexual surgeon and medical huckster in the 1920s and ’30s, making a killing before he was shut down for malpractice and other grave missteps.

We shudder to tell you what he did to fuse goat testicles into sexually anxious men. If you want to find out, WNC magazine’s Jon Elliston has the full story in the new issue and he’ll give a free presentation at Pack Memorial Library this Wednesday that will take it even further:

Elliston shared a sampling of five key snippets from his presentation with us:

1) Brinkley went from rags to riches to rags

Born dirt poor in a tiny mountain community, Brinkley’s medical exploits brought him great wealth, which he exhibited ostentatiously, but he died penniless and relatively young.

2) He was a marketing genius, of sorts

Brinkley revolutionized commercial advertising and political campaigning, with adept use of mass media, broad promises of betterment, and a level of self-regard that correspond with the methodology of a certain modern-day politician.

Exiled from a lucrative run on U.S. airwaves by federal regulators who charged that he made many false claims, Brinkley used a “border blaster” station just over the border in Mexico to blast all of North America with his surgery and patent medicine pitches.

Brinkley drew listeners to his station with some of the best traditional music in the country, providing a major sounding board for acts like the Carter Family and previously little-known talents from Brinkley’s homeland of Jackson County.

He built an extraordinary public presence, but after his spectacular rise and fall, Brinkley was mostly lost to history. Lately, a new wave of attention focused on his uniquely American—and uniquely tragic—story is revealing more about Brinkley and how he shaped both his times and ours.

Here's the trailer to a recent documentary about Brinkley, the aptly titled Nuts!: