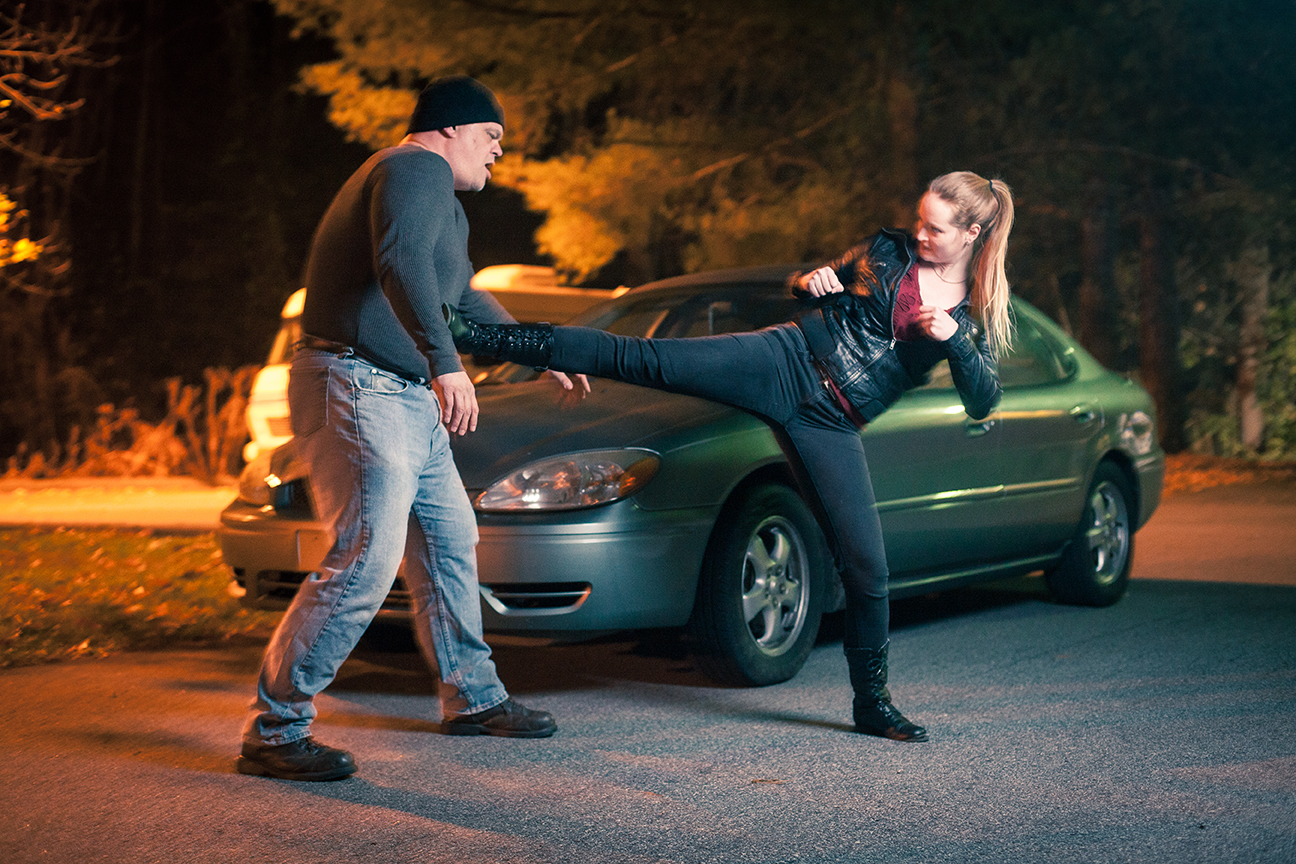 Asheville's 2017 Fringe Festival starts tomorrow. It's probably our favorite weekend of the whole year and definitely our favorite weekend during the winter months. We've already published some exclusive show previews and interviews that we're thrilled about, but we want to let you in on a few more picks that we are most excitedly anticipating. (BTW: You can't go wrong with ANY Fringe shows.)

Tickets for individual shows are on sale now at ashevillefringe.org. You can also stop by Fringe Central at the LaZoom Box Office (14 Battery Park) to grab tickets and programs. And now, in no particular order, are our Top 5 Fringey Picks for the 2017 Asheville Fringe Arts Festival!

Where: the backseat of a car (starts near Magnetic 375)

What to Expect: Staged combat, a tour through town like you've never seen it before, songs, lots of eye contact

This one may just be completely sold out by Fringe Night One, but it's worth checking on anyway. The Ride Along is an action-packed tale of two secret agents trying to find the next perfect agent to join their team, and the whole thing is performed in a car. Director and choreographer Deanna Braine was a production manager, actor, and choreographer in Fight Theatre's original production, which premiered at the Orlando Fringe Festival. "We loved the idea of taking places people see every day and staging performances there," says Braine. "Audiences see that there can be adventure anywhere. An ordinary space can become magical through theatre. We loved site-specific theatre, and the idea of doing a show in a car was really exciting." The Ride Along runs three times per day and is approximately 45 minutes long. Traffic can be a factor! 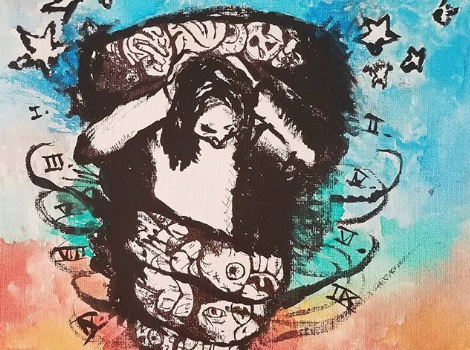 When: Thursday and Saturday @ 9 pm

Asheville's own Anam Cara Theatre brings you Dante's Itch, a performance piece about struggling with depression and anxiety that is based on the performers' own experiences. It's deeply personal and intimate, filled with poetry and movement. I got a chance to see a bit of it at the Fringe Kickoff party at Sky Lanes, and it was hypnotic. How can you externalize an experience marked by its internality, and often by our inability to communicate effectively around it? Anam Cara dives headfirst into exploring the nuances of anxiety and emotion, allowing vulnerability to create a space to explore human connection. 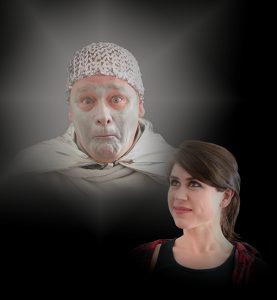 What to Expect: Riding a bus, comedy, clowning, local color, books, Krampus, bellydance, explorations of stars and time and death and stuff

Who knows what you'll see on your LaZoom Bus Fringe Tour? It's no accident that there are two events on this list where you will get driven around. What's better than going to see a performance than seeing a performance while being driven around? Things you could encounter on your LaZoom Bus Fringe Tour: Dark Horse Theatre's comedic musical, Krampus Walks Into a Bar--because it's never too early in the year for some "Bah, Humbug!", an exploration of rough and finished choreography with Claire Dima and Sera Sehara of Found World Bellydance, Girl and Star--a musing on death and the stars (with "a snappy beat"!) from Kevin Patterson and Anna Royal, Caroline Williford's obsession with books in bibliophilia, Kathleen Meyers Leiner's evocative Shadow House, which questions perception and time, and, last but certainly not least, "The All-In-One Tap Dancing Bellydancing Hula Hooping Juggling Contortion Burlesque Clown Stand Up Comedy Act," from local all-of-those-things Rigel Pawlak. 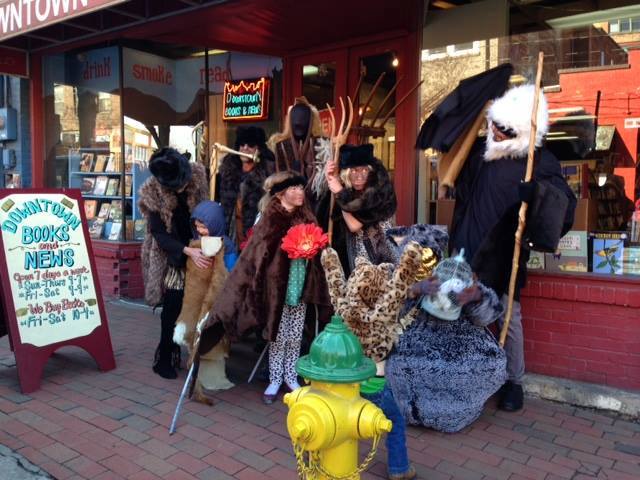 What to Expect: the beautifully dark world of Butoh

We at the Asheville Grit are huge Butoh fans. This wonderfully dark dance form, which originated in Japan, breaks down ideas of what dance and performance should look like and invites dancers to get raw, explore the depths of their emotions and experiences, and move into the shadows of their bodies, hearts, and minds. Asheville's Butoh scene rivals some of the best in the world, and this Free Fringe event will allow you to see why. It's hard to say what, exactly, will happen, but we can definitely tell you it will be worth your time. 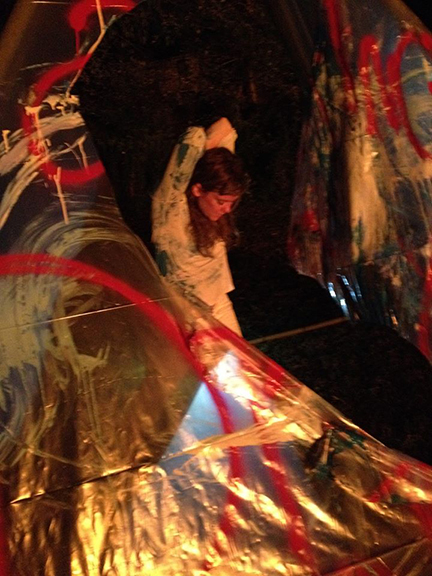 ​When: Thursday and Saturday @ 7 pm

Amy Hamilton's involvement with Fringe has always led to great things. This year she brings Spuyten Duyvil (Spitting Devil), an exploration of violence, protection, power, memory, landscape, and life itself. A performance in three acts that unfold over nine scenes, it brings together an intergenerational cast, as well as sculptures and set designed by Victor Palomino. This year's Fringe theme is Fearless Fringe, and this performance is a wonderful example of the kinds of stellar experimental work that the Fringe Festival welcomes.

What are you most excited about on this year's schedule?