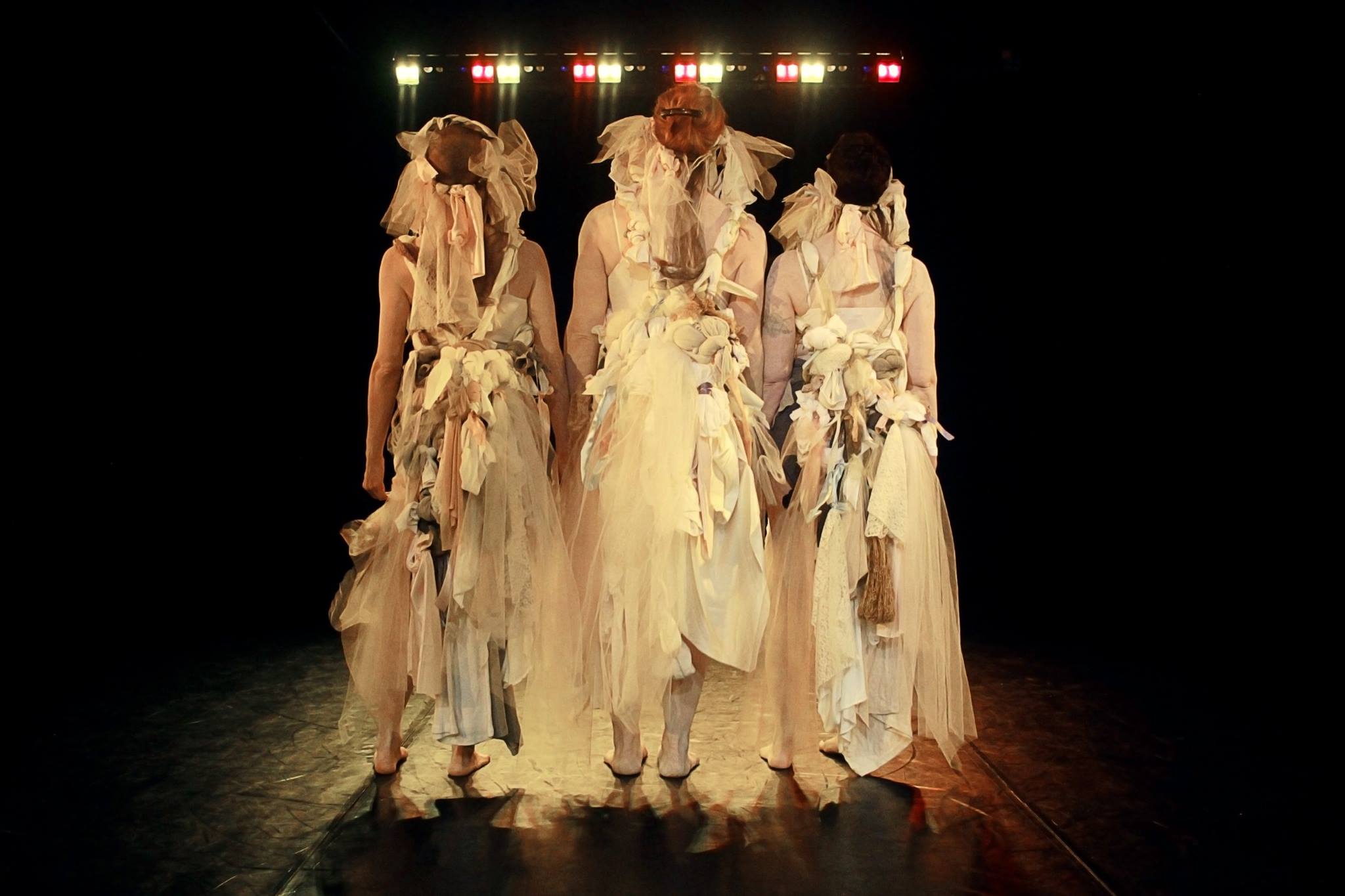 The Asheville Butoh Festival begins tonight and runs through the weekend with performances and workshops. Here are the full details (and check out our weekend update for an interview with the organizers and an exclusive sneak-peek performance!).

We are pleased to welcome Paul Michael Henry from Glasgow, Scotland and Ken Mai from Japan via Helsinki, Finland. Both of these seasoned butoh dancers have toured their work throughout the European festival circuit, including Edinburgh Festival, WOMAD Festival UK, Moving Bodies Festival in Italy and Ireland, FLOW Festival in Helsinki, and various butoh festivals worldwide.

All events take place at the BeBeTheatre, 20 Commerce Street in downtown Asheviille.

ABOUT THIS YEAR’S FESTIVAL

Henry is artistic director of UNFIX Fes​tival​ in Glasgow, Scotland where he is based. UNFIX​ is an evolving festival of performance and ecological activism set up in 2015 in Glasgow and New York. Henry’s workshop, entitled The Dreaming Body​ is a synthesis of his training along with his own experiences with personal research. The Asheville Butoh Festival​ is thrilled to offer this workshop​ on Sunday​ April 23, 2017 1:00-4:00 PM​.

Ken Mai​ has studied the unique styles of both butoh founders, Tatsumi Hijikata and Kazuo Ohno​. Mai’s style of performance and teaching combines butoh elements with his own background in acting, German expressionist dance, gymnastics, martial arts, singing, Zen, and yoga. He has been performing his solo dance work throughout the world, teaching, as well as directing and collaborating with internationally acclaimed dancers, actors, musicians, sculptors, and visual artists.

Mai currently resides in Helsinki, Finland where he has been since 2008, teaching at the National Theatre Academy of Finland​. He previously worked in Kyoto 1998-2006 and made a name for himself in his home country with many significant performances in Japanese cities including Kazuo Ohno Homage Event “Kazuo Ohno’s Universe and Flower”​ (2004) in Osaka with Kazuo and Yoshito Ohno​ present in the audience. Mai has directed professional dance and theatre companies as well as university programs as far away as Mexico City, Buenas Aires, Helsinki, India, and Oxford. Mai has also worked to benefit patients with Multiple Sclerosis​ in the Czech republic.

For the 2017 Asheville Butoh Festiva​l, Paul Michael Henry​ will present his own text, dance and music in Laughter at Being Crushed ​ a solo performance based on the poetry of Persian Sufi mystic Rumi.​ With this work, Henry attempts to say ‘Hello’ to the audience as a broken human without mask or artifice, the hardest task in the world. Translations of Rumi ​by Coleman Barks​ are used with the kind permission of Mr. Barks. “…trampled into nothing, I have found the only option left is to become everything let the body be danced…”

Ken Mai ​will premiere Requiem of Flower​, a solo he created for his 2017​ US Tour​ that includes San Francisco, Chicago, Seattle, Portland and Asheville. Requiem​ is about the life and death of a flower, expressing the universal law of life, death, and rebirth. This simple poetic theme reveals the essence of all living things: human, animal, plant, and insect. To dedicate one’s life to the greatest achievement of beauty, wisdom, compassion, or instinct. To live so that there is no regret when death comes.

Jenni Cockrell ​of strange daughters butoh reimagines the tragic tale of Ophelia​ from ​Shakespeare​’s Hamlet​, turning it on its head. weedy trophies, a solo exploration of themes such as vulnerability, contradiction, strength, approval, value and loss of self, investigates Ophelia​ from an experimental point of view. (strangedaughtersbutoh.com)

Asheville Butoh Festival ​director Julie B. Gillum​ will present her solo Yo, La Peor de Todas (Me, the Worst of Them All), ​a tribute to Sor Juana Ines de la Cruz​, 17th century Mexican feminist/ poet/ nun. Inspired and produced in-part by the Asheville Contemporary Dance Theatre​, the piece was performed in December 2016 at the Oc -’Ohtic Festival of Contemporary Dance ​in Merida, Mexico. (ashevillebutoh.com; acdt.org) ​

Production costs for the 4 evening-length shows are $3200. Your tax-deductible donations are going toward the cost of presenting these important performances at the BeBe Theatre. All funds raised will contribute to the costs associated with presenting this unique and important festival. Contact ACDT at office@acdt.org if you would like to make your donation tax deductible.

ABOUT BUTOH
Butoh was founded by Tatsumi Hijikata and Kazuo Ohno in Japan in 1951. This avant-garde dance form was a reaction to the westernization of Japanese culture after WWII. Butoh is directly influenced by the artistic movements of German Expressionism, DADA, and Surrealism and Japanese primitive rituals, the theatrical arts Noh and Kabuki, and the traditional Japanese society. In the 1960’s and 70’s, Japanese dance and theatre artists Akaji Maru (Dai Rakuda Kan), Amagatsu (Sankai Juku), Eiko and Koma, and Min Tanak continued to shape butoh. Butoh often creates fragmentary, dream-like moments shrouded in satire, metaphor, and mystery. It is this intellectual yet visceral experience that makes butoh vital in our contemporary times as it seeks to address technological transformation, humanity’s struggle to understand cycles of life and death, and shifting perspectives that embrace a global viewpoint.